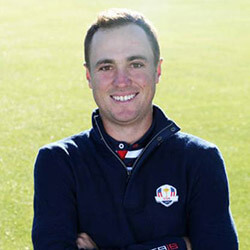 American Justin Thomas has decided to conclude his Open Championship preparations by participating in the Scottish Open in July that will be taking place at The Renaissance Club in East Lothian. The world number six will be taking part in the event for the first time in his career.

After having missed the chance to play in two his three previous Open Championships, he is hoping that playing in the Scottish Open will prepare him for the Open Championships that will be taking place shortly after.

Talking about his participating, Thomas stated that he was trying to figure out a different way to go about playing The Open, which is a tournament that he loves. He added that he loves links golf, but he has not played very well in the last three years, and that he has been looking at a number of different ways to prep, deciding finally that there was no better way of doing it then going over to the Scottish Open and becoming acclimated to the gameplay and what to expect.

Thomas recently missed the USPGA, which was ultimately won by Brookes Koepka, due to an injury to his wrist, and has not played in the professional golf scene since The Masters in April. However, the winner of the 2017 USPGA has said that his healing process is completely, and that he will be returning for the Memorial tournament in Ohio, US. The Open will be taking place at the end of July at Royal Portrush.