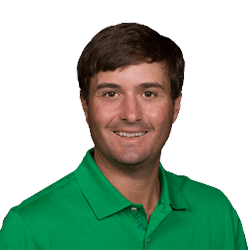 American Kevin Kisner has won his first WGC title thanks to a victory over fellow American Matt Kuchar for the Match Play final. The 35-year-old world number 50, who recently beat Francesco Molinari for the finals, returned from his 7&6 defeat in last year’s final against Bubba Watson.

Kuchar claimed a win over Lucas Bjerrergaard earlier in the day, but only managed to accumulate two birdies in the final as Kisner took a 3&3 win for this third PGA Tour title. Molinari saw a win against Bjerregaard, who had beaten Tiger Woods not long before. Kuchar started one down after 10 when his tee shot at the par three 11th came short and fell into the water.

The world number 24 was not able to get up and down from the right side of the 15th, and slipped behind Kisner as the day progressed. Kisner had ended Molinari’s 10 game winning match player during their encounter at the semi finals. He was two ahead after 15 holes, and although the Italian player claimed two birdies, he bogeyed on the last.

Bjerregard, the world number 52 making his debut and who beat Woods in the quarter finals, only claimed two birdies against Kuchar, but was never further than a hole behind during their entire exchange, with the American making a birdie on the 16th and finishing off one up against his Danish opponent.