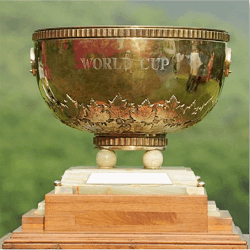 New Zealand Charges up the Leaderboard at the Golf World Cup

Danny Lee and Ryan Fox, the duo representing New Zealand, have rocketed up the leaderboard at the Golf World Cup thanks to shooting an eight-under-64.

Every team shot under par in the best-ball conditions that prevailed, but the New Zealand pair managed the second-lowest round of the day, and, in doing so, moved into a share of the tenth at five-under for the contest.

Danny Lee and Ryan Fox’s ten birdies and two bogies allowed them to enjoy a leap of 12 spots after an unsatisfactory opening round of 75. The pair is now seven shots off the lead, which is being held by the Danish duo of Thorbjorn Olesen and Soren Kjeldsen.

A Flying Start for the Danes

Soren Kjeldsen managed to secure a great start in the best-ball format by sinking his ball for an eagle on the third hole from 139 meters. Olesen has formerly enjoyed victory in Australia when he won the 2014 Perth International, holing his chip at the eighth hole when the pair collected two eagles and eight birdies.

They concluded a 12-under-par dream day, finishing three shots clear of Chinese Li Haotong and Wu Ashun. Spain’s Jon Rahm and Rafa Cabrera Bello finished a further shot back in third overall after leading in the first round.

America’s Jimmy Walker and Rickie Fowler are tied for fourth-place at seven-under-par.

Marc Leishman and Adam Scott of Australia are still in contention thanks to the fact that they battled to a four-under-68.

The tough conditions at Kingston Heath left the New Zealanders ten shots off the lead in a tie for 18th place as they battled to build any momentum.

Contrasting Playing Styles is the Strength of Kjeldsen-Olesen Partnership

Kjeldsen has been quoted as defining the strength of his Olesen partnership as being a result of their wildly different playing styles. He has stated that although they are not very dissimilar in temperament, they contrasted when it came to their playing-styles. The 41-year old player has managed a European Tour win four times.

Kjeldsen said that, while his playing style is steadier, likening it to a train, Thorbjorn’s was more flamboyant, hitting the ball much further off the tee. The Danish duo has previously shot 61 individually in the stroke play format; Olesen, after a fifth consecutive birdie on the 14th hole, admitted that the fairy tale figure of 59 did cross his mind.