The Latest on the 2017 Solheim Cup 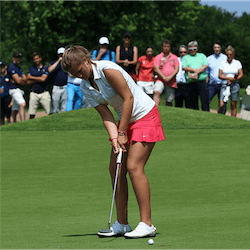 This will be the first time since 2013 that the competition will be held in front of an American crowd. It is also another chance for The US to claim consecutive wins in the Solheim Cup since achieving the feat in 2007 and 2009. The U.S currently holds record for the most wins with a 9-5 all-time record. This was largely thanks to their amazing comeback win in 2015. Held at the St. Leon-Rot Golf Club in Germany, the US team was trailing 10-6 going into the Sunday’s singles matches.

Despite being faced with the largest deficit in the event’s history, the US came back strongly, racking up eight and a half points in the final session. This was enough to the win the Cup with a score of 14.5 points over the European’s 13.5 points. This was the closest winning score in the history of the Solheim Cup.

The Battle of the Captains

This year, the Solheim Cup features what is believed to be the highest profile matchup of captains in the competition’s history. The two going head to head are World Golf Hall of Fame Annika Sorenstam and Juli Inkster. Combined, the two have over 100 LPGA wins to their name which include 17 major championship titles. They have also racked up 17 Solheim Cup appearances between them.

Both the European and American teams feature impressive rosters that are rich in Solheim Cup experience. The US team has at least six players making their fourth start (or more) in the competition. These include Stacy Lewis, Brittany Lang, Michelle Wie, Brittany Lincicome, Paula Creamer and Christie Kerr. The Europeans don’t have as much experience with just four players making their third start. They are joined by seasoned players such as Karine Icher, Anna Nordqvist and Suzann Pettersen.

As it stands, the US team appear to be the favourites on paper with a total of 65 combined LPGA wins. Compared to the European’s 26, the odds favour the US. However, this may not translate directly into success when put in the form of match-play such as the Solheim Cup. What is more important is the home ground advantage. The US holds a 6-1 winning record for Cups played on American soil. This is clearly evident with the latest betting odds.