Looking Back on 2016’s Golf Action 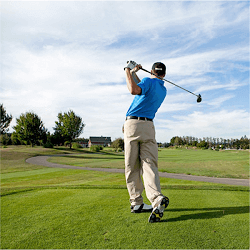 There was plenty of golf news in 2016 to keep New Zealand punters interested. Some was welcomed, like the return of golf to the Summer Olympics for the first time since 1904. New Zealand’s Lydia Ko took the silver medal in the Women’s Individual Stroke Play, five shots behind Korea’s In-Bee Park. British golfer Justin Rose took gold in the men’s event.

Barely a month after the Olympics, we got much less welcome news. Beloved golf legend Arnold Palmer, one of the original inductees into the World Golf Hall of Fame, passed away from heart disease on September 25. He was 87.

Tiger Woods made a long-awaited return to competition in December, after a 16-month break to recover from back surgery. His performance at the Hero World Challenge had some brilliant moments, but as his finish 15th in a field of 18 suggests, the magic isn’t back consistently yet.

A series of disastrous bogies in the final round of the US Masters in April saw Texan favourite Jordan Spieth squander a five-shot lead to lose to Englishman Danny Willett, who shot from relative obscurity to fame instantly. In July, the British Open came down to a duel between German Henrik Stenson and American Phil Mickelson. After a magnificent final round, Stenson clinched it by three shots.

Texan Jimmy Walker was no doubt as delighted as the punters who had money on him, to win his first major tournament at the age of 37. In July’s PGA Championship at Baltusrol Golf Club in New Jersey, he managed to snatch the trophy from Australian Jason Day by just one shot. South Carolinian Dustin Johnson took the fourth major, winning the US Open at Oakmont in June by three strokes.

There may not have been quite as many punters betting on him as they do on the majors, but New Zealand runner Brad Luiten won plenty of local hearts in December with a new Guinness World Record. In 12 hours, he managed to play 237 holes of golf at Helensville Golf Club, beating the previous record by 16 holes. Luiten took on the stunt to raise awareness of the dangers of bowel cancer, after losing a friend to the disease.