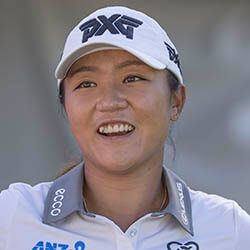 New Zealand’s Lydia Ko’s hopes of finishing her 2019 campaign on a high note have fallen short after she had a poor start at the Tour Championship that’s taking place in Florida. The Kiwi golfer managed to card a one over 73 in the first round of the LPGA season finale, and is now sitting eight shots behind current leader Sei Young Kim. The day had started well for Ko, who birdied on the first hole while playing on the Tiburon Golf Club course. And despite the strong start, the 22 year old had struggled to maintain her consistency after dropping four shots as well as a double bogey on the 11th that left her far off pace.

She managed to rally with birdies on three of her last five holes, but it was only enough to push her to 40th place. Ko was the best player in the world during the 2015 to 2017 seasons, but her success rates have since fallen over the last year, and she started her latest tournament at number 35 in the overall rankings.

Her last tour victory was 19 months ago, and the player has had only four top 10 finishes so far this season, with a single top 20 finish in her last nine tournaments. Kim, on the other hand, was tied at the top alongside Georgia Hall and So Yeon Ryu late in her round before she pulled away with an eagle on the 17th.