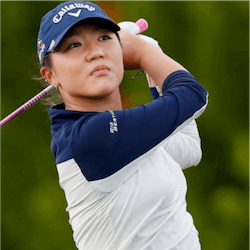 Lydia Ko produced her best result in nine months after finishing strongly at the Lotte Championship. Ko manged to shoot an eight-under 64 to finish in second place at the prestigious LPGA tournament. The world number 1 was in danger of not making the cut after carding a disappointing first round of one-over 73. The 19-year-old golfing sensation then managed to climb her way back up the leader board with round of 69, 65 and 64 taking her total to 17-under par.

Ko’s second place finish at the Lotte Championship has been her best performance since she won the Marathon Classic in July of 2016. Despite carding the best round of the day, Ko was not able to catch Cristie Kerr, the runaway leader who carded a 62 in the third round followed up by a 66 in the final round to claim a three-shot victory.

For Ko, it was her putting that proved to be the deciding factor. After struggling with the putter for the past few months, Ko found her rhythm and required just 22 putts to complete the final round. Lydia was particular solid on the back nine, with the front nine giving her the most trouble. After birdying the first hole, Ko lost her footing on a bit, carding a bogey on the second hole followed up by four holes on even par.

A Return to Form

Heading to the back nine, Ko completely turned things around firing off three straight birdies. She added another four birdies on her run home, edging her way up the leader board. Speaking to the press about her second-place finish, Ko said that is was a big confidence booster for her. She went on to say that despite not having a brilliant week at the Kia Classic, she felt was back to playing a solid game.

Ko said that the winds had dropped in the final day and she knew there was a chance of hitting a few birdies. Considering where she was on day one, the 19-year old was pleased with how things turned out. Her second placing finish at the Lotte Championship was Ko’s makes was her fourth top-10 finish in just seven events this year. It was also her first top-five finish in the last 13 events. So Yeon Ryu and Ariya Jutanugarn, the two woman gunning for Ko’s number 1 ranking, finished the Lotte Championship in sixth and seventh place respectively.