Lydia Ko Wants To Enjoy Golf For The Game 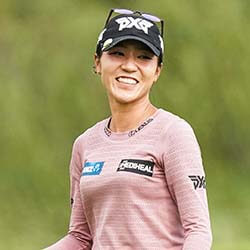 Kiwi and former world No. 1 Lydia Ko is all set for an eighth season on the LPGA Tour. The 23-year-old appears excited and upbeat about returning to form after surgery to her nose for a deviated septum early last month. Ko’s eighth season tees off at her home course, Florida’s Lake Nona Golf and Country Club in Orlando, on Friday.

This coming April marks a disappointing three years since Ko last won a tournament at the LPGA Mediheal Championship, leaving the young star wishing for a time when she’ll once again get to enjoy competing for the sake of playing, rather than constantly being worried about performance and results.

Ko recently told a prominent golf publication that she believes the surgery would make a big difference to her game and overall performance. She said she can now, for the first time in many years, breathe out of her left nostril.

The young golfer remains hopeful of getting to compete in the Tokyo Olympics later this year. She took silver at the 2016 Rio Olympics and said it had been a major thrill and exciting experience to attend a global event such as the Olympic Games. While winning a silver Olympic medal was amazing, said Ko after the impressive feat, her proudest moment had still been to represent New Zealand in the “most global” stage possible for any athlete or player.

Across a total of 12 tournaments played after the resumption of the LPGA season last July, Ko had posted an impressive nine top-20 finishes.