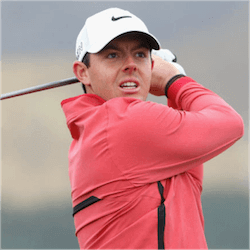 We are heading into the last major for the year as the 146th Open at Birkdale came to a close last week.

The US PGA Championship will be played at Quail Hollow which means Rory McIlroy will be returning to familiar ground as he has previously won tournaments here which took place in 2010 and 2015.

On top of that he has also had two top 4 finishes and he actually holds the course record of 61.

That said, the course has had some renovations and changes made to it that will keep the players on their toes this year, notably:

There are also some cosmetic course changes that have been made. Many trees have been removed in order to let more sunlight on the green but also in order to make slight course adjustments.

Despite these significant changes, McIlroy is still seen as a top contender after he tied for fourth place at the Birkdale Open. His finish may not have been as high as fans had hoped, but his climb to fourth place was impressive. If he can kick off his USPGA Championship bid in his top form he will stand a shot.

His familiarity with the course, despite the changes, may give him the confidence he needs to have an edge over the competition. McIlroy has already played 10 majors since turning professional without winning one.

His main rival during the Open will be the on form Jordan Spieth. The golfer comfortably took home the claret jug at the 146th Open, brushing off his rivals and as he is entering the US PGA on a high, he may be making history by claiming a golf Grand Slam. He already can lay claim to the fact that he and Jack Nicklaus are the only players to have won 3 different majors at age 23.

The world no 4, McIlroy and the world no 2, Spieth both are hungry for this title. They will be teeing off on the 10th of August when the US PGA Championship kicks off. It remains to be seen what they bring to the table on the day. Both players have a solid claim on taking home the cup.