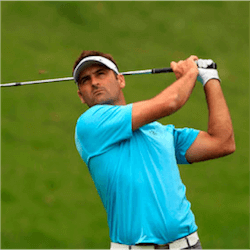 After battling through a series of physical ailments and a bad case of jetlag, Michael Hendry has pulled off a sensational win at the 2017 New Zealand Open. In doing so, Hendry managed to break a 14-year-old drought, becoming the first Kiwi to win the event since Mahal Pearce lifted the much-coveted Brodie Breeze trophy in 2003.

Hendry started the day three shots behind the tournament leader Ben Campbell, the Queenstown local who had a clear shot at the title. After carding at two-under 69 at the Millbrook Resort, Hendry had to wait for the final pairing of Campbell and fellow Australian Brad Kennedy. Both Campbell and Kennedy caught up with Hendry with birdies on the 17th hole to force a three-way playoff for the trophy.

One week earlier, Campbell lost a three-way playoff at the NZ PGA Championship and was keen to make amends for his previous close call. Kennedy, who won a playoff at the 2011 New Zealand Open was also keen to get his hands on the trophy again. But it was not to be for the Australian pair as they both put their tee shots into the water on the 18th hole to hand Hendry a clear run for the title. Hendry managed to avoid the water and landed his shot 15 feet from the pin.

Speaking to the press Hendry said that of all the trophies, this was the one he wanted most. For him, to be holding the New Zealand Open trophy and have his name on a NZ PGA trophy was “Pretty Sweet.” Hendry, now age 37, turned professional in 2005 and has subsequently racked up five wins in his professional career. The Japan tour player won the Indonesian open in 2010 as well as the NZ PGA Championship in 2013.

Speaking about his win at the NZ Open, Hendry credited his incredible back-to-back eagles in the third round to set him up for the tournament. He said that the eagles gave him the opportunity to execute his game plan to claim the title. Ben Campbell finished the day with a one-over 72 in tied second place, earning him three starts on the Japan Tour later this year. Speaking to the press, Campbell said that it was a bit disappointing for him but the conditions were not quite right for his swing.