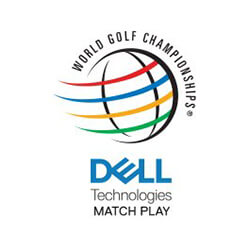 English player Ian Poulter birdied for the final two holes and claimed victory over Kevin Kisner for the opening day of the WGC Match Play being held in Austin, Texas. The 43-year-old world number 32 lost the two holes he played previously to an eagle and a birdie, but still managed to beat the American two up.

There were also comfortable victories for Paul Casey, Tommy Fleetwood, Tiger Woods, Tyrrell Hatton, and Rory Mcllroy. The 64 players have since been divided into 16 groups of four, each with a round robin format that will stay in place for the first three days. The 16 group winners will then advance to the knockout stage where the quarterfinals will also take place, with the semi finals, finals, and third place match taking place a day before.

Mcllroy did not lose a single hole against opponent Luke List, and sealed a 5&4 victory thanks to his fourth birdie of the day. Casey, who recently defended his Valspar Championship title successfully and advanced to 11th in the global rankings, ended the day one down after five holes against Mexican Abraham Ancer before moving on a 5&3 win. Tiger Woods, a three-time Match Play victor, managed to recover from one down against Aaron Wise and recorded a 3&1 win.

Fleetwood was two down against Korean Byeong Hun An but still won 3&2, while Matt Wallace saw former PGA champion Keegan Bradley leave thanks to a one up victory.