Rahm May Not Attend Ryder Cup 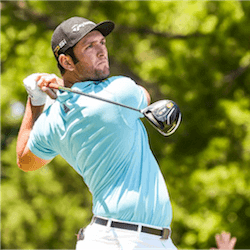 The young professional golfer, Jon Rahm may be unable to attend next year’s Ryder Cup due to scheduling conflicts. This is due to sponsor exemptions the player received as he came out of college. His professional debut at the Quicken Loans National which eventually earned him a spot at the Congressional Open and then the Open Championship which allowed him to get on a fast track to gaining a PGA Tour Card.

Now the young golfer is unable to successfully make all his tour commitments, including this year’s Quicken Loans National which he had to sacrifice for the French Open.

The scheduling issues also have arisen due to the player’s meteoric rise to fame in golf. He has already climbed to world no 11. Rahm has stated that he wants to compete in the Ryder Cup next year, which will be taking place at the same venue as this year’s French Open. The experience he builds this year will serve him well in next year when playing on the same course.

On making these commitments Rahm stated that he did not expect his massive success at that point in time. He was simply focusing on the next handful of events he could attend as he was only thinking about playing as much golf as he can and honing his craft.

On Course To Be A Star

His big moment came after he won at Torrey Pines and he started getting more and more opportunities. He received entry into all the championship events and majors. Rahm opted to enter the European tour where is currently is competing.

The upcoming Ryder Cup will take place at the Le Golf National. The Ryder Cup committee are hoping that France hosting the event will help boost golf in the country that has generally not seen a huge growth in the sport locally.

In 2011 France was chosen as the 2018 Ryder Cup hosts ahead of the favourite at that time, Spain. Almost half of the funding for the event will be coming from the French golf community who will be adding a €3 surcharge on their licence fees to help fund the event.

France has also nearly met their Ryder Cup bid pledge of building 100 urban courses ahead of the event. So far they have built 91 of the proposed 100 courses. This has certainly shown the French people’s commitment to the sport and it certainly has helped build a lot of hype for the upcoming Ryder Cup.