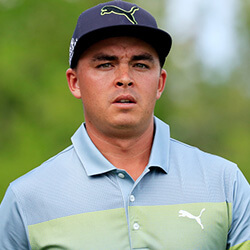 American golfer Rickie Fowler had lost a four shot lead in a strange fashion at the Phoenix Open but ultimately recovered and went on to win the event. A fowler chip on the 11th went straight into the water, and he decided to take the drop shot, which rolled back into the hazard, and the player was forced to take a second drop shot.

He found the green after the second and putted in the ball for a triple bogey seven, but also accidentally dropped a shot on the 12th. South African Branden Grace briefly took the lead before Fowler claimed a birdie on the 15th and 17th as he cruised to victory.

30-year-old Fowler finished on 17 under after a three over par final of 74, while Grace completed the event behind with 15 under after a two under 69 for the last day of the tournament.

Fowler had a two shot wing in his favour when Grace hit his drive into the water while playing on 17, which lead to a bogey five. The American birdied before his won on the 18th.

Fowler made a statement after claiming his win, saying that it was a bit of a roller coaster, and other than the two holes, it was a decent round for him. He added that it was a bad break with the ball rolling back into the water, and that it was nice to have a cushion after the first 54 holes.