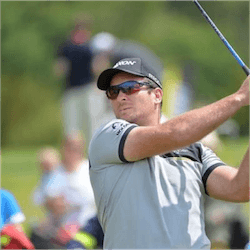 New Zealand golfer Ryan Fox is quite certain he will enjoy his second attempt at winning the British Open far more enjoyable than his first. Fox, along with fellow Kiwi golfer, Michael Hendry will tee off at the famous Royal Birkdale course on Thursday afternoon. For his part, Fox is aiming to become only the second New Zealand British Open champion, following in the footsteps of Sir Bob Charles who won it in 1963.

37-year-old Michael Hendry is making his maiden appearance at a Major but for Fox, this is his second time round at the British Open. Playing at the Old Course at St Andrews, Fox was a fair way down the list at 25 for most of the tournament. After hitting a 76 in the third round, Fox lost any hope of climbing into the top 10 and ended up finishing in a share of 49th. However, the experience he gained was invaluable.

Speaking about his first British Open, Fox said that it was all a bit of a blur; he does remember playing some good golf though. He believes he will be a lot calmer this time around and able to enjoy himself a lot more. That being said, he doesn’t have any expectations. Fox said that he has had a tough few weeks and is feeling a little tired. His aim is to get as much rest as possible before the event.

30-year-old fox is having a decent run with three successive top-6 finishes in the past few months. He has just come off the Irish and Scottish Open where he placed fourth in similar conditions that are forecast for the British Open. Fox said that there was a fair bit of wind in Scotland, but since he grew up playing in New Zealand, wind is not really a factor for him. Both Fox and Henry are expected to face the worst of the wind as they got handed late tee-off times when the wind is at its strongest.

Fox’s response was that he will continue to try and play as best he can. If things don’t work out for him though, he will have played in a Major, which according to him is never a bad thing. Fox will be playing with partners Richie Ramsay of Scotland and American Matt Kuchar. Meanwhile Hendry has been grouped with Scot, Marin Laird and American Brian Harman.

Get your Royal Birkdale bets in at Sportsbet and see if you can win big!