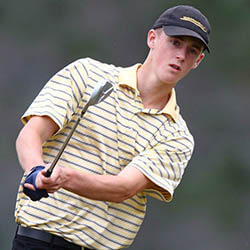 Sam Jones has emerged as the new champion of the New Zealand Amateur Golf championship for 2019, and is the first person from Taranaki to hold the title in 70 years. 23-year-old Jones, who plays at the Manaia Golf Club, won the event in Auckland a week ago. Talking about his success, Jones stated that the win was huge for him, and that winning the North Island Stroke Play was good, but that the amateur championship was on an entirely different level.

Jones had only been back in the country for a few months after earning his degree in finance from the University of West Georgia, where he had been studying on a golf scholarship. Adding to his statement, Jones said that it had been an amazing experience, and that it was the mental aspect of learning how to control his game that was the most important. Jones would attend classes from 8am to 12.30pm, and then would play golf during the afternoon.

He also had some success at the university, where he won three college tournaments. He had started playing the game at the Manaia Club when he was 12 years old, and had loved the challenge of it. He was not able to turn professional while he was still attending university, or he would have lost his scholarship to study. He has stated that turning professional is, however, something that he hopes to do in the next few years.