Scott Gunning For US Open 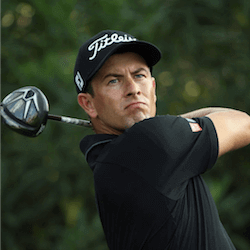 Adam Scott In Prep For US Open

Australian golfer, Adam Scott is looking to add another win to his already impressive 29 professional tournament wins at this year’s US Open.

The Open will be hosted in Wisconsin this year while the qualifying rounds will be held at almost 100 other clubs around the United States. Scott is one of 75 golfers set to compete at this year’s Open. These 75 are picked from a pool of more than 9000 golfers.

Great Lead Up To The Open

He has said that he will be in full preparation for the Open by attending 3 consecutive tournaments right before the Open kicks off next month.

These include the Memorial tournament in Ohio that is hosted by the golfing legend, Jack Nicklaus. He is also competing in the FedEx sponsored St Jude Classic a week afterwards.

Scot will definitely need it as this year he is facing some very strong competition.

At the Players Championship he faced South Korean Si Woo Kim. The 21 year old rattled the competition with an amazing 69, finishing Bogey Free and beating out Ian Poulter and Louis Oosthuizen.

Looking at his previous performances at the event, the US Open is definitely Scott’s weakest showing of the year.

Another young upstart that they may be facing is Canadian golfer Emett Oh. The 22 year old made the US Open qualifiers, including an amazing hole in one from 208 yards away.

He finished 7 under par out of a field of 130 players.

The current reigning US Open champ, Dustin Johnson from America will be joining the field again this year to defend his title. He had to withdraw from the Masters due to a back injury but seems set for the Open next month.

The US Open is one of the most prestigious events in golf and the competition looks set to be exciting.