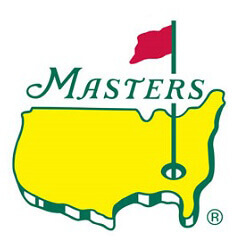 In an interesting turn of events the Masters field has shrunk somewhat, and despite golf being more popular than ever, with many younger players emerging on the greens, the field for this year’s event will be the smallest it has been in 21 years.

Over the last two decades the Masters has grown from strength to strength, not only in the number of players it attracts, but the size of the spectator base and the viewership on TV. 2018 thus is rather looking like a bit of a let down, with no more than 87 players set to tee off on the 5th of April.

This years event takes place on the Augusta national curse and has a prize purse of $11,000,00 so its no small competition by any means, but injuries and other issues have plagued players and have kept them from attending.

With just 2 weeks to go before the competition began US Open champion Brooks Koepka announced that he would not be able to compete as he was still recovering from a wrist injury, and he was just the last in a long line of players who had not been able to commit for many reasons.

At present, Tiger Woods, who has recently pulled out of many large golfing events but now looks to be back on even keel is the favourite at 16-1, and as the event draws nearer it will be interesting to see who else is in the running. Woods won his first Masters in 1997 and is surely hoping to do the same nearly 20 years down the line.