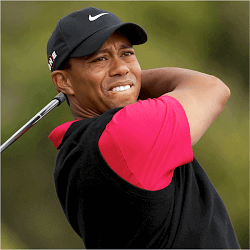 Tiger Woods Set for a 2017 Comeback

Tiger Woods has committed to playing at the Genesis Open in the first move of what is thought to be his 2017 comeback. The Genesis Open is played at the Riviera Country Club in Los Angeles, and this news follows Woods’ 15th-place finish at the Hero World Change earlier this month, after a 15-month absence from golf as a result of issues with his back.

Woods has expressed his excitement at finally returning, and doing so at the Riviera, for the Genesis Open. This, in fact, is the place it all began for the player so dogged by scandal in recent years. He stated that the PGA Tour event was his first ever professional event, and that, at 16-years old and weighing in at 105 pounds (almost 50 kilograms), his life had changed at that point in time.

Woods has accepted that he will certainly need to play many more tournaments than he has been in order to regain his sharpness, and is thus planning a busy schedule for 2017, which will follow the Genesis Open which takes place in February next year. The 40-year old player has not participated in this tournament since back in 2006, and still finds himself four-short of managing to equal Jack Nicklaus’ major record total of 18. This milestone, however, will remerge when he begins his new season in the New Year.

The Genesis Open is set to take place from February the 16th to February the 19th, and there are high hopes as far as Woods’ performance is concerned.

The Genesis Open can be said to be beginning a new age of golf to Southern California, and is set to host the very best golfers in the world and deliver a first-rate fan experience in not only the United States of America, but the rest of the world as well. The games will be internationally broadcasted by CBS, and allow spectators to enjoy the sportsmanship from wherever in the world they happen to be.

PGA Tour Commissioner Tim Finchem has been quoted as saying how pleased the Tour is to be sponsored by the luxurious car brand, and that the PGA had enjoyed a  “wonderful 90-year history in Los Angeles” and was very excited about building on this tradition in the future with the help of this sponsor. Finchem went on to say that the Genesis Open is an ideal platform that would allow the PGA to share their vision.