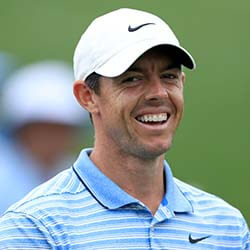 Golfing legend Tiger Woods is making great progress as he continues to recover from a life-threatening car crash and could even be home and with his family within the next week or two. This according to fellow golfing great Rory Mcllroy, who recently revealed on The Tonight Show with Jimmy Fallon that Woods is making steady progress in recovering from his injuries and subsequent surgery.

According to Mcllroy, Woods is in fact in such good spirits, that he’s sent a lighthearted text teasingly razzing his (Mcllroy’s) slow and disappointing final round at the recent Arnold Palmer Invitational. Mcllroy told host Jimmy Fallon that even from a hospital bed, Woods still could not resist giving his fellow golfer a bit of heat.

Mcllroy earlier this month joined several top players in showing support for the golfing legend and his successful recovery as they sported Woods’ signature black pants and red shirt in the final round of the World Golf Championship event at The Concession. Woods had apparently contacted Mcllroy after the event to thank him for the special gesture.

Getting to go home and be with his family and his kids will be a wonderful thing for Woods, Mcllroy told the show.

The golfing great sustained serious injuries to his right leg when he crashed his car in Los Angeles County in Feb. His car had reportedly veered across two lanes before hitting a curb and ploughing into a tree. It then finally came to a standstill after rolling onto its side.