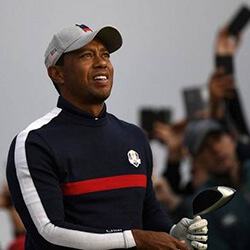 Tiger Woods has said that he expects to take part in the Masters despite being forced to withdraw from the Arnold Palmer Invitation with neck strain. Woods, who is getting ready to participate in the Players Championship in Sawgrass, said that a neck problem linked with spinal fusion surgery I 2017 had been giving him issues, although it’s one that he says that he’s been able to manage.

The 43 year old is hoping for his 15th major title while playing at Augusta when the Masters starts. Talking about his injury, Woods stated that it was getting to the point where it was starting to affect is setup and his backswing, and it had been gradually getting worse as his lower back is fused. He added that it was about learning to manage when he has, and at 43 with four back surgeries, he understands that there are going to be some good weeks and some bad weeks.

The American player is currently ranked at 11th in the world after he recovered from being number 1199 not long after he underwent the spinal fusion surgery, which was the latest of multiple operations. Woods saw victory at his 80th PGA title, and for the first five years, when winning the season-ending Tour Championship at the end of 2018. He has since completed three tournaments for 2019, where he finished 20th at the Farmers Insurance Open, 15th at the Genesis Open, and 10th at the WGC-Mexico Championship.