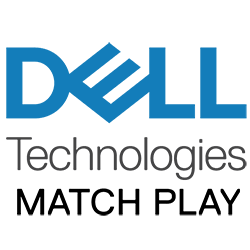 Word on the street has it that the groups to look out for in the WGC-Dell Technology Match Play are those containing Jordan Spieth, Jason Day, and Justin Thomas.

The greatest golfers in the world will all be on hand at the Austin Country club, and they will be playing one-on-one games against each other. There is no need to have a look at what other players are doing, as the rest of the field doesn’t matter. You will either win the hole, or will not.

Pat Perez, who has seeded 15th for the tournament, has stated that the format allows players to be more aggressive, and they will all go for broke. Before, it could cost you to miss a cut, he said, but here it may cost you a hole.

The field of 64 players was divided up into 16 groups, or pods, in a draw which took place on Monday night at the Hotel Van Zandt in downtown Austin. Each player was assigned to an A, B, C, or D pool according to their world ranking.

Wednesday morning will see each of these groups playing a round robin format until Friday, after which the winners of each of the pods will move onto the round of 16 on Saturday. Quarter-finals will follow in the afternoon, and the semifinals and finals are set to take place on Sunday.

The defending champion and current first-ranked player in the world, Dustin Johnson, is set to tee off on Wednesday. He will be up against Austrian Bernd Wiesberger, seeded 52nd. Johnson didn’t trail last year in the seven rounds, and his eventual victory in the finals was against Jon Rahm.