All About The WGC Mexico Championship 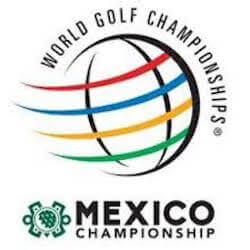 Golf might not be one of the most exciting spectator sports, but it does offer excellent online betting opportunities. On the 1st of March, the golfing world will turn their attention to Mexico for 2018 edition of the WGC Mexico Championship. Running from the 1st to the 4th of March, the Mexico Championship is an important competition as it is the first of 4 official World Golfing Championships events and is great way to gauge which players are in form early on in the year.

After the Mexico Championships, the WGC moves to the Dell Match Play, then the Bridgestone invitational and finally the HSBC Champions event. The WGC Mexico Championship is played at the Club de Golf Chapultepec in Naucalpan, Mexico. The event is organized by the International Federation of PGA tours and the prize money counts as official winnings for both the European Tour and the PGA tour.

For the first eight years of its running, the Championship was actually held in different locations around the US. From 2007 all the way through to 2016, the event was held at the famous Blue Monster course at the Trump National Doral resort. The event was subsequently moved out due to comments made by Donald Trump during his presidential campaign.

The field for the WGC Mexico Championship will consist of the top 50 players according to the official World Golf ranking as well as a handful of players that qualified through the Orders of Merit from the 6 main golf tours leading up to the event.  Former winners of the event include Dustin Johnson, Adam Scott, Patrick Reed, Tiger Woods and Justin Rose.

Johnson Looks for his 3rd Win

At the 2017 WGC Mexico Championship, Dustin Johnson picked up his 4th WCG title in in his very first start after climbing to No.1 in the world rankings. Johnson held a steady 4-shot lead for most of the tournament, which eventually ended up being a 1-shot lead over Jon Rahm. After hitting an eagle and 2 birdies, Rahm went even with Johnson but bogeyed 2 of the last 3 holes to finish in 3rd behind Tommy Fleetwood.

This year, Justin Rose will be the one looking to execute back-to- back WGC wins after claiming the WGC HSBC Champions victory at the end of last year. If he succeeds, he will only be the fourth person in history to do so along with Johnson, John Rahm, and Justin Thomas.