Why Pros Are Wearing White Ribbons At US Open 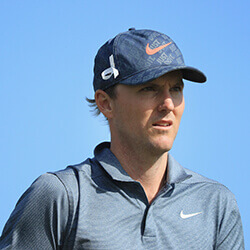 For the many that follow the progress of the US Open, it has been noted that many of the professional players have been wearing a white ribbon, mostly attached to caps and hats.

This can be seen with such golfers as Justin Thomas and Russell Henley. The story behind the white ribbons is long and interesting, and is connected with the century-old Shinnecock course that they are currently playing on, as well one of oldest golfing families in the country.

Pro Tour player Marc Turnesa, who saw victory in the 2009 Shriners Hospital for Children Open, is connected to the mentioned family, who have been playing at Shinnecock for decades. Turnesa’s father recently passed away to lung cancer, and his brother, Jimmy, is currently suffering from stage 4 lung cancer, and is staying in hospice.

In recognition of his fallen father and sick brother, Turnesa asked some of the world’s best golfers to don the white ribbon in awareness of such diseases as lung cancer, of which many of the pros were happy to do.

Mike Miller, another player currently playing in the US Open, is one of many carrying the ribbon. Miller shares an uncle with Turnesa, and sympathises with the family and their losses more than others. The Shinnecock Course has a special history with Turnesa and Miller’s family, and many believe it’s only fitting that they be playing there currently with the connection to one of golf’s most prominent families.