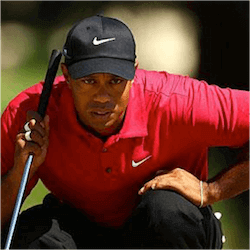 This year’s Honda Classic golf tournament has already confirmed Tiger Woods as a participant in 2017. This year’s event again takes place in south Florida after the previous two tournaments were played at Palm Beach Gardens.

The Honda Classic is one of the most prestigious events on the PGA calendar and often features some of the best of the golfing world.

Woods last took part in the tournament two years ago. He missed out on a portion of the PGA tour while recovering from a back injury over 15 months.

It is hoped that the 41 year olds showing will be an improvement on his previous performances that did not see the sports star in top form.

Woods is a huge draw for the tournament that had previously seen trouble with attracting big name stars due to the rotation of the courses. The sign on of woods is sure to attract even more top competitors. This year’s Honda Classic will start Thursday the 16th of February, with play finishing up on the 26th of February.

Last year Honda celebrated their 35th year of hosting the Honda Classic. In recognition of this, Honda also announced that they would be extending their sponsorship of the event until 2021.

PGA Tour Commissioner Tim Finchem reiterated how proud they are to be associated with Honda, especially with regards to the charitable work of both the Honda Cares program and the Jack and Barbara Nicklaus foundation.

In 2016, during the Honda Classic Cares Week, over 3 million dollars was donated top local children’s charities. Over 50 local organisations benefit from this huge donation. There was also a 1 million dollar single donation to the Nicklaus Children’s Health Care Foundation.

Event organisers are also looking forward to the crowd attendance this year.

In the 2016 Classic, the PGA National Resort and Spa recorded a record number of spectators, totalling 202,128 over the 7 day event. The resort grounds are always popular with spectators as there are many additional amenities to enjoy at the event.

The finals last year featured a tight duel between Sergio Garcia and Adam Scott. Scott went on to win the classic, shooting into No 9 on the world PGA rankings.

What this year’s tournament holds for these world-class competitors will only be revealed on the 16th of February when the 2017Honda Classic tees off.