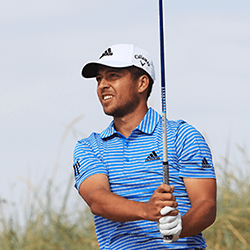 American Xander Schauffele, who was tipped at 51/1 each way, beat fellow compatriot Gary Woodland by one shot, having started the final rounds in Hawaii five shorts off of the lead. Despite opening round four with a bogey, the player recovered quickly, and managed to fire off eight birdies along with two eagles as he worked his way to his victory.

He finished with a set of back to back birdies on the 17th and 18th holes to claim a record held by just four other players, and finished the tournament on 23 under overall. He is now set to win the US Masters, which will be taking place in April this year.

Woodland, who previously held a three-shot lead at the start of the day, carded a round free of bogeys for round 68, but missed a chance on the final hole that eventually forced a play-off. Rory Mcllroy, who was making his debut at the event which consists of only PGA Tour winners from the previous year, started the final round in second place, but shot a disappointing 72 that saw him finish tied for fourth place.

The Northern Irishman hit a bogey and two birdies, and ended on a 15 under overall alongside Marc Lishman and Dustin Johnson. Justin Thomas finished the week in third place after nine birdies for his final round. World number one Brooks Koepka shot his best round of the tournament, carding a four under 69, but ended in 24th place.