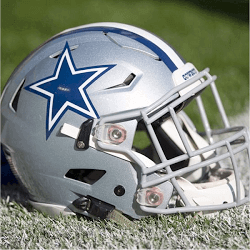 The Dallas Cowboys, as the name of the American football team suggests, have Dallas, Fort Worth metroplex as their base. They are a member club of the National Football League, or NFL, and form part of the leagues National Football Conference East Division.  They have the AT&T Stadium, and are owned by Jerry Jones, coached by Jason Garrett. Their mascot is the rowdy, and they managed to take the 1972; 1978; 1993; 1994; 1996 NFL Championships.

The Dallas Cowboys need hard work to extend their record winning streak of 11 games, but managed to do just that when they held off the Minnesota Vikings this afternoon, in a game that resulted in an end-score of 17 – 5.

Dez Bryant had a 56-yard catch in the first half of the game, set up by Ezekiel Elliott’s touchdown, and managed to come up with the game’s go-ahead play in the fourth by taking an eight-yard scoring point thanks to a fumbled punt by the Minnesota Vikings’ Adam Thielen.

Ezekiel rushed over 86 yards on 20 carries, with this touchdown being the 12th he has managed this season, and resulting in a total touchdown count that has him tied for the most touchdowns made by a rookie player in the Dallas Cowboys’ entire history.

The Dallas Cowboys, currently at 11 – 1, now have the longest single season win streak in the franchise’s history!

Dallas (11-1) has the longest single-season winning streak in franchise history.

The Minnesota Viking quarterback Sam Bradford managed to throw a touchdown pass to fellow player Jerick McKinnon with 25 seconds left in play, but unfortunately the two-point conversion pass did not succeed. Bradford tried to argue for a penalty after a defender hit him the face, but no call was made. Dak Prescott, the Dallas Cowboys’ quarterback, managed to complete 12 of the 18 passes he tried for over 139 yards.

Sam Bradord managed to complete a total of 32 passes, out of 45, for 247 yards; Danielle Hunter had two sacks; and Kai Forbath kicked three field goals for the Minnesota Vikings. The Vikings have lost six of their last seven games, failing to live up to a 5 – 0 start.

Coach Out of Action

The Vikings had to play without their coach, as Mike Zimmer was admitted for emergency surgery on his eye this Wednesday. Special teams-coordinator Mike Priefer was promoted to head coach for this game, and this elevation may well continue for the foreseeable future, as it is not yet known how long Mike Zimmer will be out for.