All The Details On The 2017 NFL Super Bowl 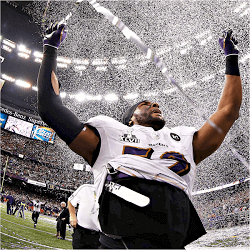 Excitement Builds for the 2017 Super Bowl

In New Zealand and all over the world, American football has become one of the biggest sports betting markets. Although the game is not played locally, it attracts millions of viewers and offers unique betting opportunities for local punters. In the world of NFL, the biggest game of the year is the grand finals, more commonly known as the Super Bowl. This global sporting event is a worldwide phenomenon, permeating the American culture and capturing the attention of the entire sporting world. So what exactly is the Super Bowl and how does it work?

The Super Bowl is the name for the championship game of the National Football League or NFL. It is considered to be one of the most viewed single-day sporting events in the world. The origins of the Super Bowl date back to the early 1920’s. The game was first discussed as part of a merger agreement between the NFL and AFL. The two leagues champions would play a joint world championship game, which became the Super Bowl.

Getting to the Finals

In 1970, the two leagues merged with teams dividing into conferences. To win the Super Bowl, a team must survive a 16-game season to make it to the playoffs. The NFL consists of two conferences each with 16 teams, these being the AFC conference and the NFC conference. In each division, the winner automatically qualifies for the playoffs. The two non-division winners with the best record also get a chance to compete as wild card teams.

There are four rounds in the NFL playoffs including the Wild Card round, the divisional playoff round, the conference championship round and finally the Super Bowl. In 2017, the Super Bowl will cap of the 2016 season. The 2017 Super Bowl finals will be held in Houston Texas on the 5th of February. While the venue is known, the teams have yet to qualify for the finals. In 2016, the Super Bowl finals saw the AFC champion Denver Broncos taking on the NFC champion the Carolina Panthers. The Broncos eventually went on to win the finals, defeating the Panthers 24 points to 10 to claim their third Super Bowl championship.