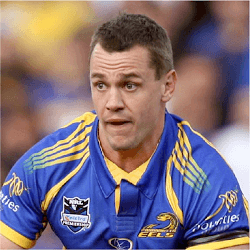 Rugby league fans around the world were shocked by the news that retired Australian NRL star Chad Robinson, who disappeared on November 26, has been found dead in his car. 36-year-old Robinson’s wrecked vehicle was lying in an overgrown gorge in Kenthurst, a suburb of Sydney. The discovery comes after almost a month of searching, social media campaigning and desperate public appeals by his sister, Monique Brennan, and brother, Tim Robinson of Cronulla Sharks fame.

Robinson battled several hardships after retiring from the NRL in 2009, after a 10-year career that included stints at the Parramatta Eels, the Sydney Roosters and Harlequins RL. He struggled with the break-up of his marriage and mental health issues, including treatment for depression.

When he left his home in Sydney’s Kellyville suburb on November 26, he was barefoot and did not take his wallet or phone with him, which was cause for concern among his loved ones. A frantic search was launched for him and his silver Subaru, but it was only on December 21 that electricity workers discovered the crumpled vehicle and its tragic cargo, barely 13km from Robinson’s Crestview Avenue home.

Cause of Crash Still Being Investigated

A post-mortem and police investigation is still required to determine the date and cause of death, as well as the reason for the fatal crash. However, preliminary reports indicate that the Subaru skidded off a cliff-top road and plunged down the rock face into the gorge below. The lush bush hiding the semi-urban crash site from the road above may explain why the wreck lay undiscovered for so long.

Robinson’s family announced that his body had been identified in a post on the Let’s Find Chad Facebook page, thanking all of those who had helped in the search for him. Condolences and tributes have poured in from rugby league players and supporters around the world, with former Roosters teammate Craig Fitzgibbon calling Robinson the best forward in the 2003 team. Bernie Gurr, the new CEO at the Eels, said that his death had devastated the club.

Robinson is survived by his partner, Rani Morris, his children by his ex-wife, Kiara and Cooper, his brothers, Tim and Scott, and his sister, Monique.