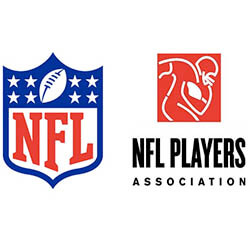 With a range of professional leagues beginning to announce plans to either start or continue their respective seasons, it was just a matter of time before the folks at the National Football League followed suit. And now the NFL and its Players’ Association have agreed to a scheme that will see athletes starting to arrive for training camp on the 28th of July. Although newcomers are traditionally the first to arrive at camp, it sounds like everyone will be coming together at the same time this year. Negotiations are still underway about what exactly camp will look like and how protocols are going to be handled, however.

Additional reports indicate that a shortened preseason will be going ahead and a current schedule is available right now, but these details could change. The NFL has already made it clear that teams are to remain at their own facilities for this offseason rather than travelling to other locales, like the Dallas Cowboys in Oxnard, in California. Teams are also not permitted to engage in joint practices with fellow franchises. Medical Director for the NFLPA Dr Thomas Mayer has recently advised players not to get together for practice at all during the ongoing novel coronavirus COVID-19 pandemic.

The league is looking at more ways to keep its players as safe as possible, including a prototype N95 facemask. NFLPA President JC Tretter let it be known as early as May that keeping athletes protected is the no. 1 priority.