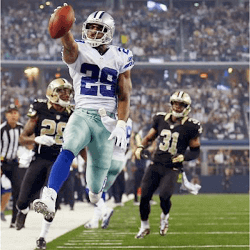 The 2016/2017 season of the NFL is only 15 weeks old, but it has already produced a number of highlights, with several more promised in upcoming matches. We take a look at a few you might have missed, and also cast a prophetic eye at the excitement still to come.

An Exciting Season from the Get-Go

The NFL Kickoff Game opened the season on September the 8th, and it was immediately unusual becHe it featured February’s Super Bowl 50 rivals, the champions Denver Broncos hosting the Carolina Panthers. It was a hard-fought battle that still has us watching replays. The Broncos retained the bragging rights when they came from behind to snatch a 21-20 win.

Four international games also showed that the NFL is increasingly popular in many countries outside the USA. In the UK, the Jacksonville Jaguars faced the Indianapolis Colts at Wembley Stadium, followed at the same venue later in the year by the Washington Redskins versus the Cincinnati Bengals. The LA Rams also played the NY Giants at Twickenham stadium, and in Mexico City, the Oakland Raiders met the Houston Texans in November.

Games of Interest Still to Come

December 25 falls on a Sunday this year, so the traditional games are moved to Saturday evening on Christmas Eve. The two games that will be broadcast nationally are the Baltimore Ravens playing the Pittsburgh Steelers in Pittsburgh, and the Kansas City Chiefs hosting the Denver Broncos. New Year’s Day has the full slate of 16 games scheduled.

It’s still too early to tell who the smart money will be on in February, when the 51st Super Bowl will be decided. At the top of the their regional conferences at present, based on games already played this season, are the New England Patriots in AFC East and the Pittsburgh Steelers in AFC North. In AFC West, the Oakland Raiders and Kansas City Chiefs are tied for top spot, with the Tennessee Titans and Houston Texans locked in another tie in AFC South. There’s still a lot of NFL to play in the 2016/2017 season however, as we all know, anything can happen.