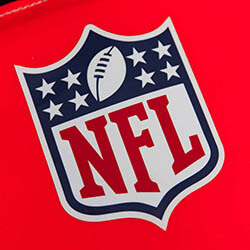 Kareem Jackson of the Denver Broncos has recently revealed that he’s tested positive for the novel coronavirus COVID-19. He let it be known that he’d been training in Houston, Texas when he noticed flu-like symptoms appearing, including chills and congestion. Jackson is the second Bronco to test positive, following Super Bowl 50 Most Valuable Player Von Miller, who contracted it in mid-April. He’s subsequently tested negative for it, announcing the happy news on April 30.

Jackson has so far recorded two interceptions in 13 games for his team during 2019, his first season in Denver. He joins the ranks of a host of other players to be dealing with the illness, including Pro Bowl running back Ezekiel Elliot.

None of the players affected are believed to have done so in their team facilities, and the teams are all reporting that proper health protocols are being followed religiously. While Elliot’s agent has let it be known that his player is feeling good, the team has released a statement saying that it could not provide any more information on the situation.

The Cowboys’ statement detailed that federal and local privacy laws forbids them from offering information on their employees’ personal health.

Players testing positive is a development that Dr Allen Sills, the Chief Medical Officer for the NFL, predicted would happen back in May. In a recent call with agents, the Medical Director of the NFL Players’ Association said that the current plan of action is to test players three times a week and isolate those who test positive.