NFL Playoffs Just Around The Corner 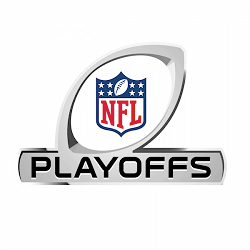 Heading Into The 2017 Playoffs

The Atlanta Falcons are the 2016 NFC South Champions. This is thanks to a poor performance from Tampa against the Arizona Cardinals.

The Falcon’s strong pass protection let Mat Ryan and Devonta Freeman perform to the best of their ability with Freeman recording 139 yard rushes and three touchdowns in about 20 carries. The Falcons are now set to play for the first round bye during the finale of their regular season.

The New York Giants are locked into a fifth seed regardless of their future games and will face whoever makes the fourth seed.

Despite a close loss against the Red Skins in week 3 which hurt the team and predicted their performance for the next few games, they eventually pulled it together and went into an 8 game win streak.

Currently in the running for the AFC number 2 seed, the Kansas City Chiefs can slip to number 6 seed behind Miami depending on the performance of the Chiefs and Dolphins.

The Patriots crushed the Jets in a decimating 41-3 game. This gives the Patriots a home field advantage in their next matches. The loss did not come as much of a surprise after the Jet’s poor performances this season. They are currently standing on 4-11.

The Saints and Buccaneers faced off with the Buccaneers losing a close game 31 to 24. The Saints really pulled out all the stops with an encouraging performance after a few poor weeks.

The Raiders also have their future performance in question after a horrible injury sustained by MVP candidate Derek Carr. The quarterback is out indefinitely with a broken fibula, jeopardising the Raiders chances in the coming playoffs.

Another broken fibula was racked up by Marcus Mariota of the Titans in their losing game against the Jaguars. This seriously puts their playoff hopes at risk.

Houston Texas beat the Bengals by 2 points after a powerful performance by Tom Savage.

After losses against the Miami Dolphins Oakland raiders respectively, the Bills and the Colts will not be making a playoff showing. This will be the Dolphins first playoff berth in more than 8 years.

Finally Washington seems to not have given up their hopes of being in the playoffs with an impressive 41 – 21 win against the Bears. If it will be enough, we will have to see in the coming weeks.

With both predictable victories and embarrassing upsets, 2017 will be a fantastic year for the NFL.