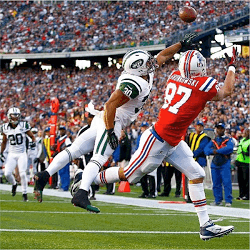 New Zealand has sports punters of every stripe, and thousands follow American football in the NFL. The Super Bowl, played every February, is the championship that decides the top team in the sport, and Super Bowl 50 on February 7, between the Denver Broncos and the Carolina Panthers, had a lot that made it unique.

Super Bowl 50 was also gridiron star Peyton Manning’s final game in the NFL. The Denver Broncos quarterback announced his retirement in March, after a season plagued by a heel injury. Sadly, this made for a career-low NFL season in 2015-16, and pundits ranked his final game as the third-worst performance by a quarterback in a Super Bowl, ever. It won’t dim the glory of a career many fans consider the greatest in quarterbacking history, but it was a low note for a legend to end on.

Opening the scoring in Santa Clara, California, with a field goal after the third down of the game, the Denver Broncos led from the start, and the Carolina Panthers were playing catch-up for the first time in the 2015-16 season. A touchdown from Malik Jackson took the Broncos to a 10-0 lead, but the Panthers pushed back hard with a touchdown of their own from Jonathan Stewart.

The Broncos proved too strong, however. They were 13-7 up at half-time, and a field goal from Brandon McManus was followed by another touchdown from CJ Anderson in the second half, converted to an eight-pointer by Bennie Fowler. The Panthers could muster just one more field goal in reply, gave the Denver side victory with a final score of 24-10.

It was a great game to watch and bet on, and there is more to come. The 2017 NFL season has just kicked off, so New Zealand’s sports betting enthusiasts will not have too long to wait before they can place their bets on Super Bowl 51. We’ll keep you informed about all the news and pundits’ predictions as the season unfolds.