The NFL Teams To Keep An Eye On 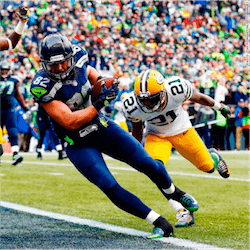 With the next Super Bowl set for February 2018 and the 2017 season hotting up, it is definitely a good idea to look at some of the best teams in the NFL at the moment.

Even though the NFL features quite a level playing field with regards to the talented athletes competing in the sport, there are a few teams with incredible standout players who manage to play their positions like no other.

This year looks set to be another standout year for these teams as they head into the 2017 season.

The Precision Attack Of The Patriots

Undoubtedly one of the finest teams in the league at the moment is the New England Patriots. They have earned their reputation in no small part thanks to their star quarterback, Tom Brady. He has set many touchdown records; most notably he has become the first quarterback who has claimed 5 Super Bowls in his career.

They also have one of the greatest wide receivers, Brandon Cooks who achieved an incredible 1100 receiving yards with his former team, the New Orleans Saints.

The team is rounded out by the amazing wide receiver, Rob Gronkowski, whose only problem is his absence from the team due to regular injuries.

The All Round Play Of The Packers

The Green Bay Packers are a powerhouse team with the much-lauded Aaron Rodgers as their quarterback. They do not have the powerful quarterback line-up that the Patriots have, but Rodgers can perform well enough alone.

One of the Packer’s greatest strengths however is their great wide receiver line-up.

They have Jordy Nelson with a 1000 yard and 10 touchdown records in three seasons. He is backed up by slot receiver Randall Cobb and Davante Adams.

The Unbreakable Lines Of The Raiders

The Oakland Raiders have one of the most well balanced offensive lines in NFL. The team of Donald Penn, Austin Howard, Marshall Newhouse and David Sharpe provides one of the toughest challenges in the game.

On the offensive guard, the Raiders have Kelechi Osemel who received the NFL’s highest grade on his first year playing for the Raiders. He has also had more than 10 starts on the line.

These are only three teams in the division and the debate on which teams and players are the best can rage for days, but if you are stepping into the NFL for the first time, or even after a long absence, these three teams provide an immense challenge to their rivals with their powerful team compositions.

They will certainly have a huge impact on the 2017 NFL season.