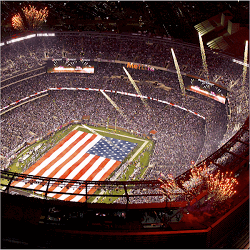 American football fans around the world, including thousands of New Zealand punters, have been following the 2016-17 NFL season with interest, as they gear up for Super Bowl LI on February 05. With only one week of the regular season left, it’s time to turn our attention to the playoffs, so sports betting enthusiasts can work out which teams will go all the way.

The results this weekend will not make much difference to the AFC. Six teams have a lock on the top spots, with only the final seeding in the playoffs to decide. Currently, the New England Patriots are top of the AFC table, followed by the Oakland Raiders, the Pittsburgh Steelers, the Houston Texans, the Kansas City Chiefs and the Miami Dolphins.

Of course, a lot can happen in the playoffs, but if we had to place a bet right now, our money would have to go on the Patriots. The bookies agree; they are the current favourites at 8 to 5. At 9 to 1, the Steelers are the next most-fancied team in the AFC, followed by the Chiefs at 12 to 1. The Raiders, Dolphins and Texans remain outsiders, at 40 to 1 or lower.

Unlike the American Football Conference, the National Football Conference leaderboard could still change. In essence, the final round of the regular season sees three teams competing for two spots. At 500 to 1, it’s highly unlikely that the Tampa Bay Buccaneers can make the playoffs: they’d need a draw between the New York Giants and the Washington Redskins, plus several other flukes. With the Giants at 25 to 1 and the Redskins second from the bottom of the table at 150 to 1, this is the longest of long shots.

More likely, the winner of the Green Bay Packers game against the Detroit Lions will join the Dallas Cowboys, Atlanta Falcons and Seattle Seahawks at the top of the NFC, with the loser joining the winner of the Giants/Redskins clash as the final two teams in the playoffs. In terms of betting, the Cowboys are the second-favorite Super Bowl LI team, at 17 to 5. The Falcons are at 10 to 1, the Seahawks at 12 to 1 along with the Packers, and the Lions are at 80 to 1.