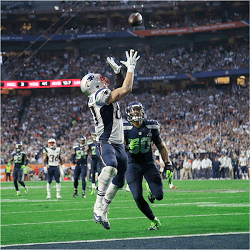 If you’re one of the thousands of New Zealanders who follow American football and bet online, you probably already have Sunday, February 05, 2017 marked off on your calendar. After an all-nighter watching the game, you may need a sickie on Monday, too. It’s the holy grail of gridiron every year, so the 2017 Super Bowl promises to be the perfect excuse to have a few mates around for a barbie, a bevvy and some betting online.

If you are a keen punter, you’re probably already betting on the regular season, which still has a couple of weeks to run. With teams down to two more games or less, it’s time to consider the playoffs. Let’s take a look at the teams that could be worth a flutter.

At the start of the season, Denver Broncos fans would have been backing their champions to repeat their 2016 performance and go all the way. But halfway through December, with the Broncos’ win-loss record at 8-6, that turned into a long shot of 50-1 or more. However, if they do manage to scrape into the playoffs, it’s a long shot that might pay off. As they proved in this year’s Super Bowl, their defence can win them games.

The New England Patriots, currently sharing the 12-2 best win record of the season with the Dallas Cowboys, are the favourites at 9-5. But at 7-2, the Cowboys have also bounced back with a strong chance at the title. Priced between 5-1 and 14-1, the Seattle Seahawks, Oakland Raiders and Pittsburgh Steelers have also built expectations with some strong performances to top their regional conferences.

Long Shots Worth a Look

After a disastrous start, the Green Bay Packers have muscled their way back into contention, as their shortening odds demonstrate. They have it all to play for, and you can currently get around 16-1 on them.

But the Kansas City Chiefs have dropped to the same odds after some crushing losses, with the Atlanta Falcons climbing to 16-1 after doing some smashing of their own. Neither are out of the running, and the crucial final games of the season could see any one of these three making the playoffs.