Only Armageddon Will Stop Olympic Games 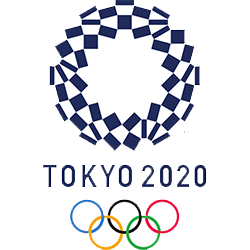 A senior Olympic official made quite the titanic remark by recently declaring that only “Armageddon” would cause this year’s Tokyo Olympic Games to be called off.  Dick Pound’s comment came in the wake of widespread concern about the likelihood of the Games continuing as several Japanese newspapers, including the country’s largest, continue to press for a cancellation over the threat of rising numbers of infections overwhelming the country’s health systems and resources.

Pound, a long-serving member of the Olympic Committee and founding member of WADA, explained his bold remark by saying time has now officially run out for a possible cancellation of the Games, which are set to commence on July 23. He backed up this statement by saying organisers have now switched gears and are in full operation-mode in preparation of the event.

According to local economists, Japan would stand to lose a massive £11.3 billion in the event of a cancellation of the Olympic Games. Even so, according to lead economist Takahide Kiuchi, this amount would be but a drop in the bucket compared to what would follow if the Games were to become a super-spreader event.

Polls have in the meantime indicated a Japanese public vehemently opposed to the Games going ahead as planned – this amid fears of a super rise in infections and America’s travel caution to Japan recently issued.

Tokyo 2020 chief executive Tushiro Moto however on Wednesday added his voice of resolution to that of Pound by announcing that “things” were being carefully and properly managed.