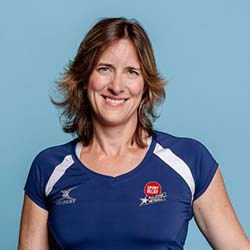 Future funding for winter sports participated in by athletes from Great Britain will be funded not only on account of medals won at the Beijing Winter Olympics, but also according to “grassroots” participation. So said chair of UK Sport, Katherine Grainger, this week.

Grainger’s comments came in the wake of Great Britain’s departure from the Winter Olympics with only two medals.

Grainger furthermore emphasised the importance of making UK sports as wide, varied, and diverse as possible. She said funding came down to the fact that public money should be applied for the benefit of the British public.

Both medals won by Team Great Britain were secured during the final days of the event, with a gold and silver medal won by the curling teams led by Bruce Mouat and Eve Muirhead.

Grainger said while curling certainly lifted the spirits of the athletes who competed in the Winter Games, many left Beijing under a cloud of disappointment with their own performances in the Games. She said the following weeks and months will be a time of reflection and review for the various sports competed in in Beijing.

The plan right now is for significant investment decisions regarding funding to be made around whatever happens in the summer, Grainger explained. The focus will be not only on whatever transpired at the Games, but also the last four years, she said. This will provide a marked idea as to what worked and what didn’t, as well as for identifying areas requiring improvement, concluded Grainger.