Which Sports Will Go Ahead Despite COVID-19? 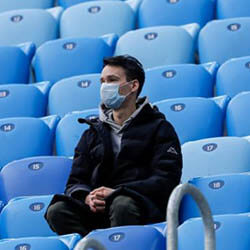 The COVID-19 Coronavirus pandemic is forcing sports to shut down the world over, which means we’re losing the immense power it has to distract us and foster a sense of community in an environment which is becoming increasingly uncertain.

Super Rugby has been adjourned for the foreseeable future and the Plunket Shield Championship was called off with two weeks in the competition remaining, but some sports have been able to continue for the time being, albeit mostly just on our screens.

The opening round of the ANZ Premiership Netball League took place as planned but was played in an empty stadium since it’s now illegal for more than 500 people to gather anywhere out of doors. As things currently stand, Round Two is still going ahead.

The New Zealand Warriors are currently holed up in a Kingscliff, New South Wales camp. They’ve committed to competing in the NRL after travel restrictions in both Australia and New Zealand went into effect. Round Two will continue for now.

The Wellington Phoenix and Melbourne Victory are in self-isolation, but other A-League matches have been brought forward. It’s being said that the remaining 31 season matches will play out in a condensed version of the draw, but remain subject to the volatile situation’s demands. When they emerge from quarantine they’ll be playing six games in less than three weeks.

Horse Racing codes will keep broadcasting on the TAB website and Trackside TV but the former will limit operations to courses to include minimum broadcast services, and no on-course sportsbooks or tote services will be available.