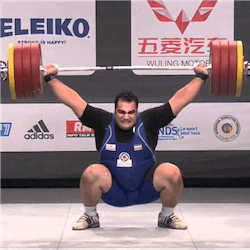 There’s only one sport in which North Korea has a formidable international reputation: weightlifting, in which both their male and female athletes hold several world records and Olympic gold medals. Punters can generally rely on them to dominate in international competition.

With that in mind, Kiwi sports betting fans will be interested to know that North Korea hasn’t sent a team to the 2017 IWF World Weightlifting Championships, running in Anaheim, California until December 5. Their absence could lead to fierce competition and more intriguing betting options.

No Explanation Given for Pyongyang Snub

Although no reason was given by officials in Pyongyang for their withdrawal this year, it doesn’t require any wild speculation to fathom. North Korea hasn’t missed a world championship since 2009… when the tournament was held in Goyang, South Korea.

It looks like politics is again behind the decision to deny world-beaters like Kim Kuk-hyang, Om Yun-chol, Kim Myong-hyok, Rim Un-sim and Choe Hyo-sim another shot at glory.

North Korea, like several other nations including Venezuela and Iran, is on Donald Trump’s naughty list, and as a result there was no guarantee that athletes from any of those countries would be issued US visas, even in the name of sporting internationalism.

Given the current tensions between the USA and North Korea, and Trump’s juvenile need for one-upmanship in his Twitter war with Kim Jong-un, it’s quite possible that the North Korean team would have been refused visas out of spite.

Supreme Leader (as opposed to weightlifters) Kim, enough of a petty juvenile himself to understand Trump’s proclivity for point scoring, simply sidestepped a potential loss of face by refusing to play.

For reasons known only to the US Department of State Travel, the Iranians were granted visas to attend the Anaheim showdown, and their team includes Olympic gold medallists Kianoush Rostami, Behdad Salimi and Sohrab Moradi, along with Saeid Alihossein, returning from an eight-year suspension after a second doping conviction.

Doping has winnowed the field for the 2017 IWF World Championships considerably anyway, so Iran is likely to impress. An IWF crackdown following retesting of stored IOC urine samples from the 2008 and 2012 Olympics has seen nine countries banned from this year’s tournament: Armenia, Azerbaijan, Belarus, China, Kazakhstan, Moldova, Russia, Turkey and Ukraine.

Kiwi pro-powerlifter Sean Withers has been slapped with a 2-year suspension by the New Zealand Sports Tribunal. According to a statement issued by Drug Free Sport NZ, Winters failed a ….