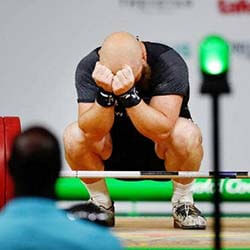 Kiwi pro-powerlifter Sean Withers has been slapped with a 2-year suspension by the New Zealand Sports Tribunal.

According to a statement issued by Drug Free Sport NZ, Winters failed a dope test following an event at this year’s Auckland Powerlifting Championships in July. The star pro-lifter tested positive for octodrine and its metabolite heptaminol, which is a performance-enhancing stimulant. Though Withers claimed to have unwittingly used a supplement contaminated with octodrine, he was unable to provide the necessary evidence to back up his explanation.

Octodrine and heptaminol act on the body’s central nervous system. The stimulant is only legally obtainable via a medical prescription in New Zealand and is banned in all competitive sports.

Though supplements are accepted and known to be extensively and widely used within sport, Drug Free Sport NZ Chief Executive Nick Paterson said it remains the responsibility of individual athletes to ensure that whatever supplements they decide to take are free of illegal and/or prohibited substances.

Supplements present a higher risk for athletes, said Paterson, and especially so since it isn’t always clear which substances have been added to their formula. He said that it is for this reason recommended that all athletes make use of the organisation’s “Supplement Decision Making Guide” for obtaining the correct information in order for them to make a responsible and informed decision regarding what it is they are about to ingest.

Since the incident in question relates to an event competed on July 19, 2020, Withers’ suspension has been backdated accordingly.

North Korea’s Absence Revitalises World Weightlifting Championships There’s only one sport in which North Korea has a formidable international reputation: weightlifting, in which both their male and female athletes hold ….