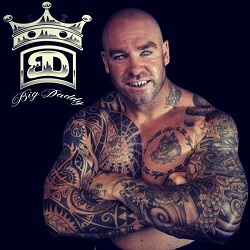 Lucas Browne believes that victory in his match against Dillian Whyte will 100% earn him an additional World Heavyweight title this year.

The boxer from Brixton is currently the WBC’s No. 1 ranked contender as he heads into the ring to face Browne on the 24th of March. If he gets defeated, however, the Australian would grab this lofty position, and put him next in line for a chance to fight Deontay Wilder, the current WBC champion.

Browne held the Regular WBA belt for a short time after a knockout win over Ruslan Chagaev in 2016, and he is excited about testing himself at the top level once more. Browne stated that it would open everything up, and get him to where he wants to be -where he needs to be: getting big fights.

Browne revealed that he never said no to fights, and was always excited about getting into the thick of the action and seeing what he could handle.

When he was asked if he would be expecting a World title fight this year, Browne stated that he definitely would. A possible match with Joseph Parker was discussed before the WBO champion chose a unification fight with Anthony Joshua.

Browne did acknowledge, however, that a trans-Tasman confrontation with the fighter from New Zealand would be an even bigger event after the respective fights that are about to happen. He said that he would love the opportunity, adding that it would be great for the Australasian side of things in general.