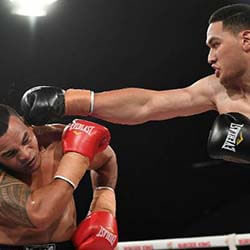 Negotiations around the eagerly anticipated Domestic Heavyweight Boxing event in New Zealand featuring Joseph Parker and Junior Fa have broken down completely. And David Higgins, Parker’s manager, is laying the blame squarely at Fa’s door, saying that the fighter’s fee demands got stratospheric.

Higgins let rip, calling out the boxer and Lou Dibella, his promoter, for making ridiculous salary demands. He said that they want 10X or 20X the fighter’s biggest-ever purse to date, and made sure to mention that Parker would have been willing to get into the ring for a lot less. He described it as pricing yourself out and feels that Fa is asking for too much money considering where he’s at.

Higgins has decided to view it as a mark of respect for Parker, however, musing that DiBella and Fa are worried about what would unfold if the fight went forward. He said that they’re all talk and no action since the payment being offered is by no means inconsiderable.

The two camps have been talking about scheduling a match mid-2020 in Auckland for a while now and public interest saw the event starting to vie with the Fight of the Century between David Tua and Shane Cameron back in 2009.

Parker, a New Zealander of Samoan descent, is a former World Boxing Organisation champion and Fa, a Kiwi with Tongan blood, remains unbeaten in his professional capacity. The pair have faced off four times before, as amateurs, for a record of 2-2.