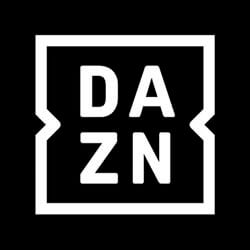 DAZN, pronounced Da Zone, will be shaking up the New Zealand sports broadcasting market, and Joseph Dennis Parker, who held the WBO Heavyweight title from 2016 to 2018, is the most likely target. Fight fans will be able to access the global streaming service from May this year, but where Parker’s upcoming bouts will be screened has not yet been determined.

DAZN has only been available in nine countries until now, including Austria, Brazil, Canada, Germany, Italy, Japan, Spain, and the USA, but is set to expand to cover 200+, including New Zealand, in May. Although it has rights to broadcast multiple sports in other countries, only Boxing will be available here initially.

This is big news for Parker’s fans because he’s been with Eddie Hearn’s Matchroom Boxing for his recent fights and they’re eager to extend his contract.

Matchroom Boxing signed a four-year deal with DAZN in May 2018, with an option for four more, which sees a broadcast of 40 Boxing cards annually, of which 16 must take place in the USA. Parker’s fights under the banner of Matchroom have been broadcast via DAZN in the other countries that it’s available in, but on Sky Arena here, given that the streaming service was not available in New Zealand.

With it primed now to enter our market, negotiations with Parker’s management team will need to be effected. The talks will no doubt include his manager, David Higgins, and will detail the broadcasting of fights he’s involved in because rights to do so have been retained in New Zealand and Samoa.