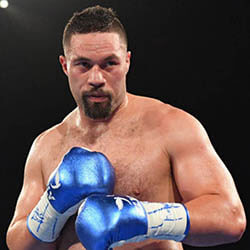 Queenstown’s incredible natural beauty saw droves of tourists descending every summer before the global novel coronavirus COVID-19 pandemic had us in its grip. And now it could be where Joseph Parker, the former World Boxing Organisation Heavyweight champion, stages his next bout.

Parker visited the Lake Wakatipu town recently and spent his time taking in the extraordinary sites while his management team met with local officials. David Higgins, the Boxing Promoter and Manager and Event Planner. said that although no decision has been made yet, Queenstown would be wonderful.

Higgins stated that Eddie Hearn, Parker’s Promoter in Britain, has authorised the young man to fight in New Zealand. It’s one of the very few places a match would be allowed because of the pandemic, and Wellington, Rotorua, and Auckland are all possibilities as well.

But Queenstown Lakes Mayor Jim Boult is sure that his town has a very strong case and said that he’s hoping to use money from the Government Tourism Recovery Package to stage the event. He stated that discussions are ongoing and that he thinks it’s a great opportunity and something his district needs to see more of.

If it goes ahead, the bout will most likely unfold in late August or early September, and Parker’s opponent has not yet been named. Whether or not he’s even an option, Parker has previously said that he’d love to tackle Dillian Whyte again. He said their match was a close one and Whyte was the better man that day, but he’d love to try again.