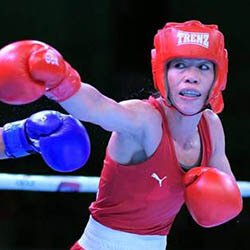 The disruption caused by the coronavirus has led to New Zealand Boxing experiencing major problems as they seek funding to see our fighters get to the Olympic Qualifiers.

Keith Walker, President of the New Zealand Professional Boxing Association, has admitted that the turmoil caused by the current coronavirus epidemic may well hamper our fighters’ hopes of attending the 2020 Olympic Games in Tokyo, Japan this summer. At the time of writing 2 500+ people have died from the virus.

A qualifying event set to unfold in Wuhan, China, was cancelled just four days before the New Zealand boxing team was scheduled to travel there from a training camp located in Thailand. Walker has now spoken about the trouble this caused due to the NZPBA’s lack of finding, saying that this repeal caused big problems. Fighters had to be flown home without going through China, so the Association had to purchase their tickets for them.

This unexpected cost to get boxers back from Thailand and then to the reorganised qualifiers may well leave the governing body bankrupt. Walker has said that this outlay has left them without money to spend on anything else this year and they will need to start looking for outside sponsorship and support.  He said that the new flights had to be booked with Qantas Airways Limited which doubled the price that they had anticipated.

Qualifiers will now be taking place in Jordan from March 3 to March 11 2020.

Josh Warrington will be taking on his first defensive match of his IBF featherweight title when he faces Northern Ireland’s Carl Frampton at the Manchester Area. The news of the ….

Trainer Jamie Moore has stated that Rocky Fielding must gain Saul Alvarez’s respect by making use of his size advantage. Canelo, who is a Mexican superstar, will be stepping up ….

In his first bout of significant fighting since he upset his way to the heavyweight championship in 2015, Tyson Fury has survived two knockdowns, including one in Round 12, and ….

With the year coming to an end, boxing fans are in for one of the biggest events of the season so far at the Staples Centre in Los Angeles. WBC ….