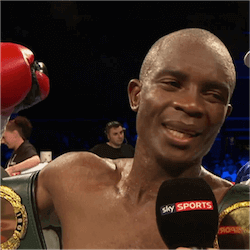 If you are even just a casual boxing fan, you have to check out Terence Crawford v Julius Indongo this weekend. It features two unbeaten light welterweight fighters facing off in a unification bout.

Terence Crawford holds a 31-0 record with an amazing 22 KO’s. He is both the WBC and WBO champion He is squaring off against Julius Indongo, a 22-0 fighter with 11 KO’s. Indongo holds the IBF and WBA titles.

This means that this unification bout winner will hold all 4 major titles and essentially be the undisputed light welterweight champ. Crawford holds the home ring advantage since the fight is taking place in his hometown of Nebraska. There will be a large crowd of supporters for Crawford, already giving him an edge and if you want to back him, or his rival, you can do so online at Crownbet.

Hopefully a win this weekend will help endear Crawford more with fans. In his last two fights, Crawford taunted his opponents in the ring, which did not sit well with many viewers.

Crawford stated that winning this match should make him the top pound for pound contender in the ring, but currently he holds the #4 spot in the world rankings since he is boxing at a niche weight class with not many worthy challengers. To have any right to make this claim, Crawford may need to move up in weight class.

Even though bettors are leaning towards Crawford, Indongo is a serious and understated threat.

This hardy fighter from Namibia is a former Olympic level boxer who has taken down Ricky Burns and the tough as nails Eduard Troyanovsky, both former titleholders.

He demonstrated in these encounters both his punching power and his ability to outlast opponents.

Bettors are heavily favouring the trash talking Crawford, with most bookmakers offering odds of around 1/9 for a Crawford win and 9/1 for an Indongo win.