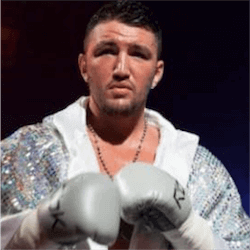 It is already news that Hughie Fury and his cousin Tyson failed a mandatory drug test two years ago, proving positive for Nandrolone. Nandrolone is a steroid, and absolutely forbidden from use by any athlete in the sporting world. The two have profusely denied taking the drug, claiming that they unintentionally ingested it when eating infected meat. The matter is still to go to trial, which has been delayed, and delayed again.

The situation, already a major problem for Fury and his career, is made worse by the fact that the trial is now set to occur before his world heavyweight match against Joseph Parker. Had the case not been delayed on multiple occasions, the fight would have gone ahead prior to any possibilities of Fury receiving a ban.

The Show Must Go On

Should Fury be banned, and be unable to take part in the fight, Parker’s promoter, David Higgins, has made a confident statement that a fight will happen regardless. He has stated that contingency plans are in place, and that Parker will face an opponent of equal skill, should Fury be unable to step into the ring.

The boxing business is about hedging and contingencies, Higgins declared in his statement to the Herald and he said that you’d be silly to only have one option, and if anything like this happens, you have someone solid and credible, at least at the same or better on standby, ready to draft in.

Speculations and rumours have already surfaced about whom Parker will face if Fury is absent. Some have said that the obvious choice is Deontay Wilder, the undefeated powerhouse who has 38 professional fights under his belt. This, however, is unlikely, despite the fact that Wilder specifically called out Parker.

Given the timeframe available, and the reams of red tape involved, Wilder is probably not going to be Parker’s opponent, should Fury be unable to fight. Many have agreed that Parker versus Wilder would certainly be a fight for the history books.

After defeating Gerald Washington in Alabama, Wilder made the bold, and somewhat unnerving statement that he was getting more dangerous the more experience he got. He added that he really felt that he’s going to seriously hurt someone to the point where they will end up putting a red tag on their toes.

The Fury hearing, however, is still up and coming, and it is all speculation as to what will occur if he receives a ban. As it stands the fight is still considered to be going ahead, so what happens, and whom exactly Parker fights, remains to be seen