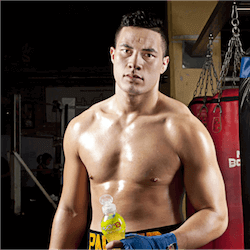 World Boxing Organisation, or WBO, heavyweight champion, Joseph Parker and his squad have hosted one of the strangest press conferences in the history of boxing in Auckland. This was as they carried on with their campaign for a unification bout with World Boxing Association, or WBA, and International Boxing Federation, or IBF, titleholder Anthony Joshua.

In the lead up to the press conference, Parker, along with his promoter David Higgins, of Duco Events, swore to reveal what they termed rare footage of Joshua being taken down by little-known opponents.

Based on these fighting words, one could legitimately have expected previously unreleased clips of the fighter sparring, but the delivery by Team Parker was decidedly unimpressive.

An Excruciatingly Awkward Scene Unfolded Instead

The whole scene at the press conference, however, did provide some amusement in an incredibly awkward sort of way.

After the lectern and sundry promotional posters were removed from the front of the room, a big projector screen was revealed. Higgins and company then started playing a cheesy 1980s-styled video package that did not feature a single thing in the slightest bit revelatory or shocking.

The video showed clips of Lawrence Okolie, Joshua’s oft-time sparring partner, addressing rumours that he managed to drop the 2012 Olympic Gold Medal winner during one of their sessions. It was made to seem like Okolie was confirming the rumour, but this never actually happened. Although he once said that he smashed Joshua up and that he had far more endurance than his foe, he quickly followed this with protestations that he was just joking, although the montage presented by the Parker team left the latter statement out of their little show.

Footage that Fans Have Seen Time and Time Again

There were clips from Joshua’s stoppage loss to Romanian Mihai Nistor at the 2011 European Championship, the full footage of which has been viewable on YouTube for ages. And there was also a clip of Joshua being floored by Dillian Whyte, his bitter rival, but back in the amateurs -a knockdown that was no secret due to the repeated references that were made to it before the pair’s professional encounter in 2015. Joshua then went on to win the latter bout, albeit after a few shaky moments, with these also featuring in Parker’s bizarre compilation.

To round the strange scene off there was footage of Joshua going down after he received a vicious right hook from Wladimir Klitschko in their monumental encounter in April this year, but Klitschko, a huge puncher and previous long-time world champion, could hardly be described as little-known, which was what was promised by the Parker team.

In between each of these clips there were very subtle visual metaphors, namely graphics depicting the shattering of glass. The montage is viewable online for all of us to keep enjoying, and was obviously formulated in order to back up the assertions made by Parker and his team that Joshua is not all that.