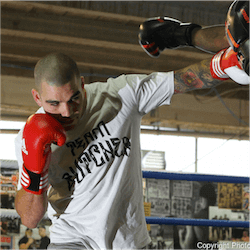 Well-known New Zealand boxer Robert Berridge will have a chance to fight for the interim WBA light heavyweight world title next Month. Berridge’s management team was approached a few weeks ago about taking on the fight to be held in Russia. A few days later, Berridge signed the deal to fight local Russian Dmytry Bivol on the 23rd of February. For punters and sports fans, this could mean an exciting matchup and a boost for New Zealand sport.

While it may sound confusing, what the interim world title would mean is that if Berridge should win the bout against Bivol, he would automatically become the mandatory challenger for anyone seeking the WBA title. According to reports, Berridge is happy to take on the fight with minimum preparation, saying that his base fitness level is where it needs to be. Speaking to the press, Berridge said that for the next month, he just had to work as hard as possible.

The world title fight will be the 36th of Berridge’s professional career as a boxer which started back in 2009. To date Berridge has a record of 29 wins, five losses and one draw. The showdown against the Russian will be the biggest fight of his career in his pursuit for the world title. Berridge had one previous shot at the IBO title in 2015. Stepping into the ring against South African Thomas Oosthuizen, Berridge lost the fight by unanimous decision.

For Berridge, a win in Russia would shoot the Kiwi up the rankings who is currently placed at number 57 on the international light heavyweight rankings. Speaking to the press, Berridge was happy to be starting off the year with an overseas fight and not have to focus on local New Zealand bouts. He agrees that the fight will be one of the biggest of his career, surpassing the South African fight as it will be a WBA bout.

Berridge’s opponent, Dmytry Bivol has had an impressive boxing career to date. The Russian’s career includes eight professional fights, winning every single one. To add to this, six of the eight have come via knockout. On the other hand, Berridge has won his previous two fights against fellow New Zealanders. The light heavyweight world title match will be a big challenge for Berridge in terms of opponents and acclimatisation. With just a few days to get the weather, the Kiwi will have to hit the ground running.